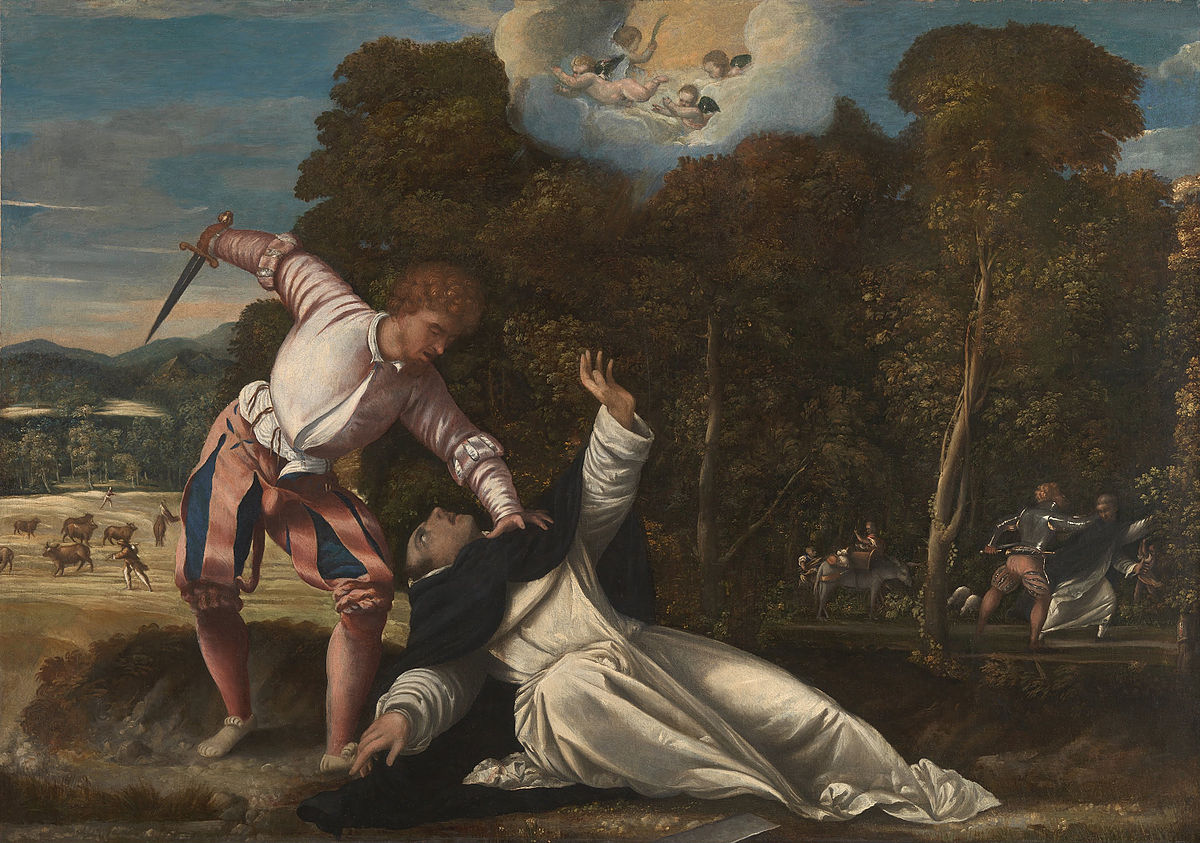 There may not be many of you who know Saint Peter of Verona, sometimes called Saint Peter Martyr. He is no longer celebrated in the Church calendar, but the Dominican Order still celebrates him on their calendar, and his feast day is today, June 4.

St. Peter Martyr became a Dominican and was known for his outstanding preaching. He knew Saint Dominic, and because of his preaching and his zeal for the faith, he was appointed an Inquisitor for Northern Italy, largely to fight against the Cathars, a heretical group that believed all material things, including human beings to be evil.

Interestingly, he is only known to have participated in one actual trial, where he advocated clemency and mercy for the accused. His preaching attracted great crowds, so much so that it caused jealousy for the Cathars, who succeeded in assassinating him, hitting his head with an axe. As he was dying, he is said to have written the words Credo in Deum (I believe in God) in his own blood. Images of Saint Peter Martyr often show him with an axe in his head, and the words Credo in Deum around him.

Saint Peter Martyr reminds us that being zealous in the faith can be attractive. People see the witness of our lives and want for themselves what they see in us. At the same time, there is often a price for standing up for the truth. People do not always want to be challenged to change their lives.

And so today, let us ask Saint Peter Martyr to pray for us, that we might have the gift of courage given by the Holy Spirit, the very gift that allowed him to persevere in his faith.

Dear Jesus, we know that sometimes it is not always easy to do what is right. We can be tempted to take the easy way out, or to ignore what is right and true. Through the prayers of Saint Peter Martyr, give us the courage you gave to him, that we too might be totally faithful to you. We make this prayer in the name of Jesus. Amen.

You can subscribe to the DePorres Pages Podcasts, which will give you all four podcasts. Or, you can subscribe using your favorite app: RSS, iTunes, Stitcher, Spotify, Soundcloud, TuneIn, Castbox, Castro, PocketCasts, Overcast, Google Play, and IHeartRadio. You can also subscribe on our website.

We pray. We remember.