Apr 9, 2020 All people are made in the image and likeness of God., Believe what you see, Body of Christ, Easter Triduum, Eucharist, Holy Thursday, see what you believe and become what you are: the body of Christ, the powerful connection between the Eucharist we receive and the people we serve 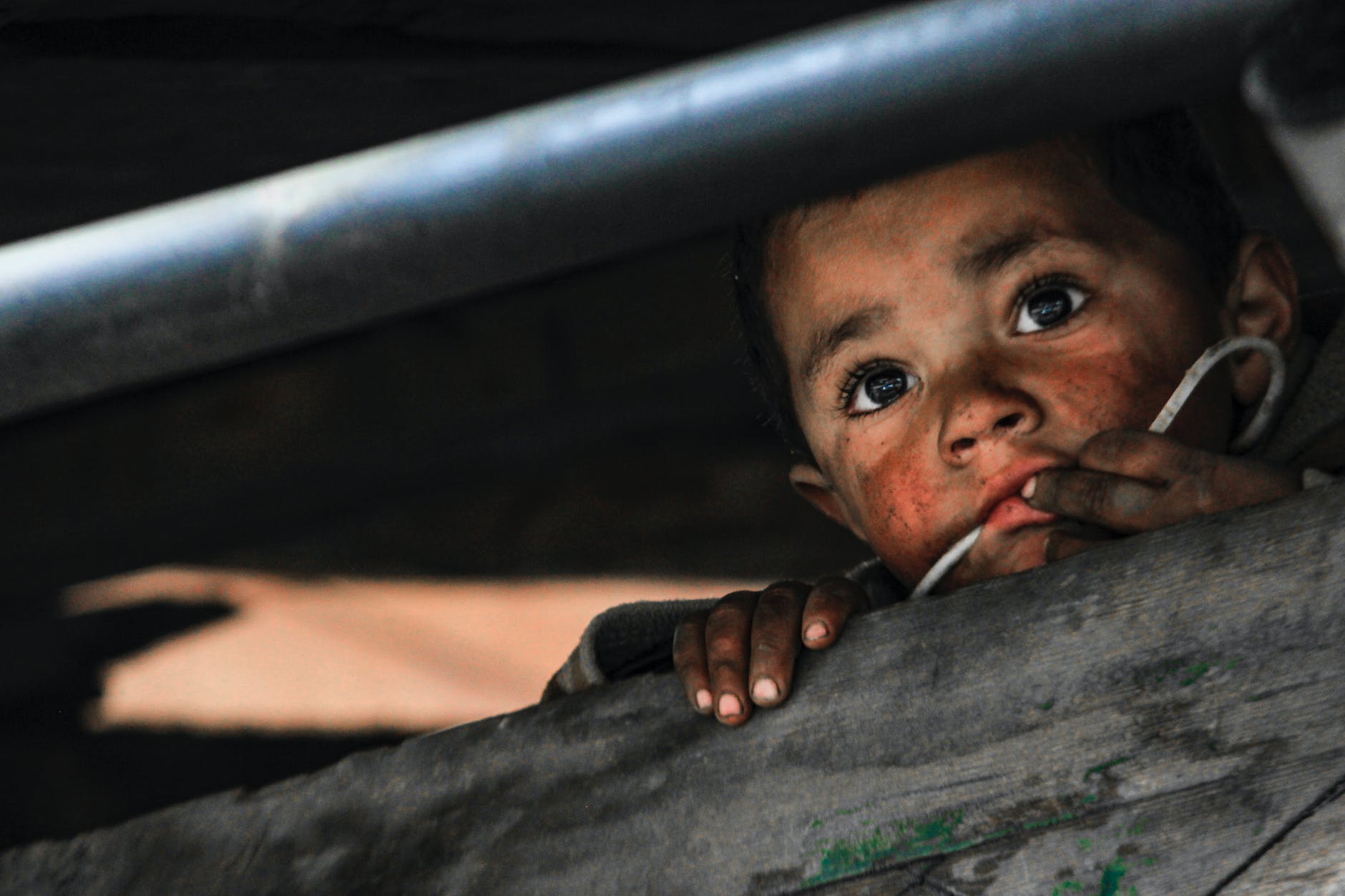 His toes could have been in that plastic tub. That was not lost on Pierre Desir.

The Indianapolis Colts defensive back was in Jennings, bent over at the waist in the Northview Elementary gym, washing the feet of children he had just met.

He was back on January 17 to introduce Samaritan’s Feet, a program that has since its founding in 2003 given away more than 7 million pairs of shoes in 108 countries. Add 576 Northview students to the list, thanks to funding from Desir.

These shoe giveaways come with a twist. They go on clean feet.

We can think that foot washing is an odd custom relegated to gospel days. But this organization washes feet. New shoes go on clean feet.

Clean shoes and clean feet are lifesavers. According to the most recent estimates from the World Bank, in 2015, 10 percent of the world’s population lived on less than $1.90 a day. One in ten people on our planet live in extreme poverty. And one great consequence of this poverty is the lack of shoes.

Ordinary shoes. Shoes are one of the greatest needs for children, not just in the developing world, where many do not wear shoes, but in this country too.

I mention this tonight because I easily forget how blessed I am. I, like many of you, won the lottery by being born in this country, surrounded by plenty. But to those who have been given much, much will be expected.

So perhaps nothing is more sinful than forgetting the meaning of the word for eucharist. Thanksgiving. How easy it is for me to forget to be grateful for God’s blessings. I begin to let little things become unreasonable big deals.

I think it is for this reason that Jesus washed his disciples’ feet in connection with the Eucharist. A quote often attributed to Saint Augustine reminds us of the powerful connection between the Eucharist we receive and the people we serve. “Believe what you see, see what you believe and become what you are: the body of Christ.”  It is both consolation and challenge.

I think it is easy to see the Eucharist as a consolation. It is the loving gift Jesus gives to us. The gift of his entire presence, body and blood, soul and divinity. And we must never take for granted our ability to receive the Eucharist at Mass, especially during these days when so many cannot.

The challenge for many Catholics when Pope Francis was elected pope was his words become their first introduction to Catholic social teaching. Since not all were aware of his social teaching, it seemed he was introducing something new. While in a way he was, quite frankly he was only reiterating a long tradition of concern for treating all people with their deserved human dignity, especially the poor. But he brought this concern to the Vatican so that people could see it.

The homeless were invited to see the Sistine Chapel. Showers and bathrooms became available in Saint Peter’s Square. He celebrated birthdays and anniversaries by inviting the homeless to dine with him. People who could not repay him, a challenge specifically given by Jesus himself.

And consider the saints. Saint Francis Xavier chided the Jesuits in Europe to be less concerned about universities and more concerned for those who had not heard the gospel.

Saint Bartolome de las Casas challenged the Church of his day to consider that all people, regardless of skin color, status and origin were human beings deserving of equal rights.

Saint Martin de Porres reached out as one who so powerfully witnessed to the love of Christ that mobs of people at his death ripped off pieces from his habit as he lay in his casket. Three times he was placed in a new habit, so much did they love him.

Mother Cabrini and Rose Hawthorne made the meeting of basic needs the priority of their lives. Sisters like Elizabeth Ann Seton and brothers like John Baptist de la Salle recognized the importance of economic opportunity that comes from proper education. And they understood the profound connection between the subjects they taught and the need to instill faith.“Believe what you see, see what you believe and become what you are: the body of Christ.” This is the challenging need for today. Authentic witness that by receiving he Body of Christ we seek to be the body of Christ as well.

You can subscribe to the DePorres Pages Podcasts, which will give you all four podcasts. Or, you can subscribe using your favorite app: RSS, iTunes, Stitcher, Spotify, Soundcloud, TuneIn, Castbox, Castro, PocketCasts, Overcast, Google Play, and IHeartRadio. You can also subscribe on our website.

Commentary on The Reed of God – Introduction