Can I vote for a candidate who opposes Church teaching? 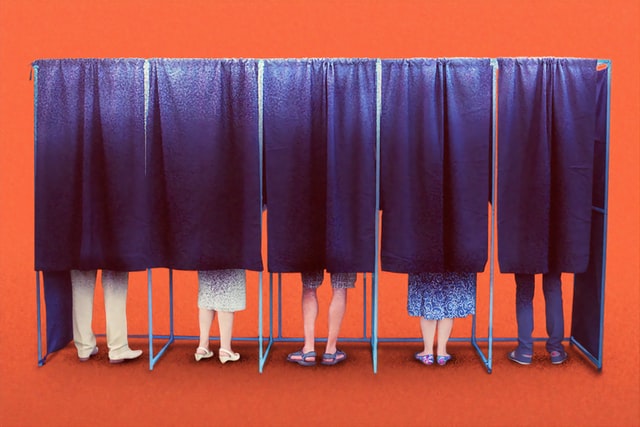 You may have heard there are some priests indicating that it is a mortal sin for a Catholic to vote for Joe Biden. Is it right for a priest to say this to another person? The answer is no, it is not right. This is because of the nature of mortal sin, and for the complexity that exists sometimes in choosing between candidates.

It is important to stress that it is not the purpose of writing this post to tell anyone who to vote for. I am not endorsing Biden, or Trump, or anyone else for that matter. I am more concerned with making sure that people have a correct understanding of the teaching of the Church. It is not possible under Church law for a cleric to endorse a candidate. I recently wrote a post on that topic. Without getting too far astray, it is important to discuss what makes a sin mortal.

“Sins are rightly evaluated according to their gravity.” (CCC, 1854) It is almost common sense that when it comes to sinning, not all sin is equally serious. Some sins are more serious than others. For a sin to be mortal, three things need to be true.

Full Knowledge. In order to sin, we have to know that we are deliberately rejecting God. If, through no fault of my own I do not know something is sinful (unintentional ignorance), my responsibility for that wrong action is limited, and could even be removed. (Now if I go out of my way to remain ignorant, that is a different story – I do have responsibility for that.)

Complete consent. Mortal sin “implies a consent sufficiently deliberate to be a person choice.” (CCC, 1859) There are many factors that can limit our ability to consent to an action. Strong fear, passion, emotions and more can limit our freedom.

Even if I believe all those conditions are present, can I state that someone has committed a mortal sin? No. “Although we can judge that an act is in itself a grave offense, we must entrust judgment of persons to the justice and mercy of God.” (CCC, 1861). In other words, we can call something wrong, but we cannot call another’s actions sinful.

So what about my vote?

The Church recognizes that in politics, things get messy. Often for a Catholic, there is no candidate who fully represents Church teaching. The short and simple answer comes from Pope Benedict (Cardinal Ratzinger at the time he wrote this):

A Catholic would be guilty of formal cooperation in evil, and so unworthy to present himself for Holy Communion, if he were to deliberately vote for a candidate precisely because of the candidate’s permissive stand on abortion and/or euthanasia. When a Catholic does not share a candidate’s stand in favor of abortion and/or euthanasia, but votes for that candidate for other reasons, it is considered remote material cooperation, which can be permitted in the presence of proportionate reasons. (Worthiness to Receive Holy Communion: General Principles, emphasis mine)

So, a person cannot tell another person their action is a mortal sin. And, it could be possible to vote for a candidate who is pro-choice, provided their being pro-choice is not the reason for the vote.

Lastly, it is important to state that there could be instances where the choices among candidates is so flawed that a Catholic might not be able to vote for any candidate. That is morally permissible as well.

When considering your vote, be sure to bring the choice before the Holy Spirit. Just as we have an obligation to make sure we are in a state of grace to receive communion, we also need to take seriously our responsibility to learn about the teaching of the Church and the issues of the day. An important document to help with this has been produced by the United States Conference of Catholic Bishops (USCCB) entitled Forming Consciences for Faithful Citizenship. It can be read or downloaded at usccb.org.