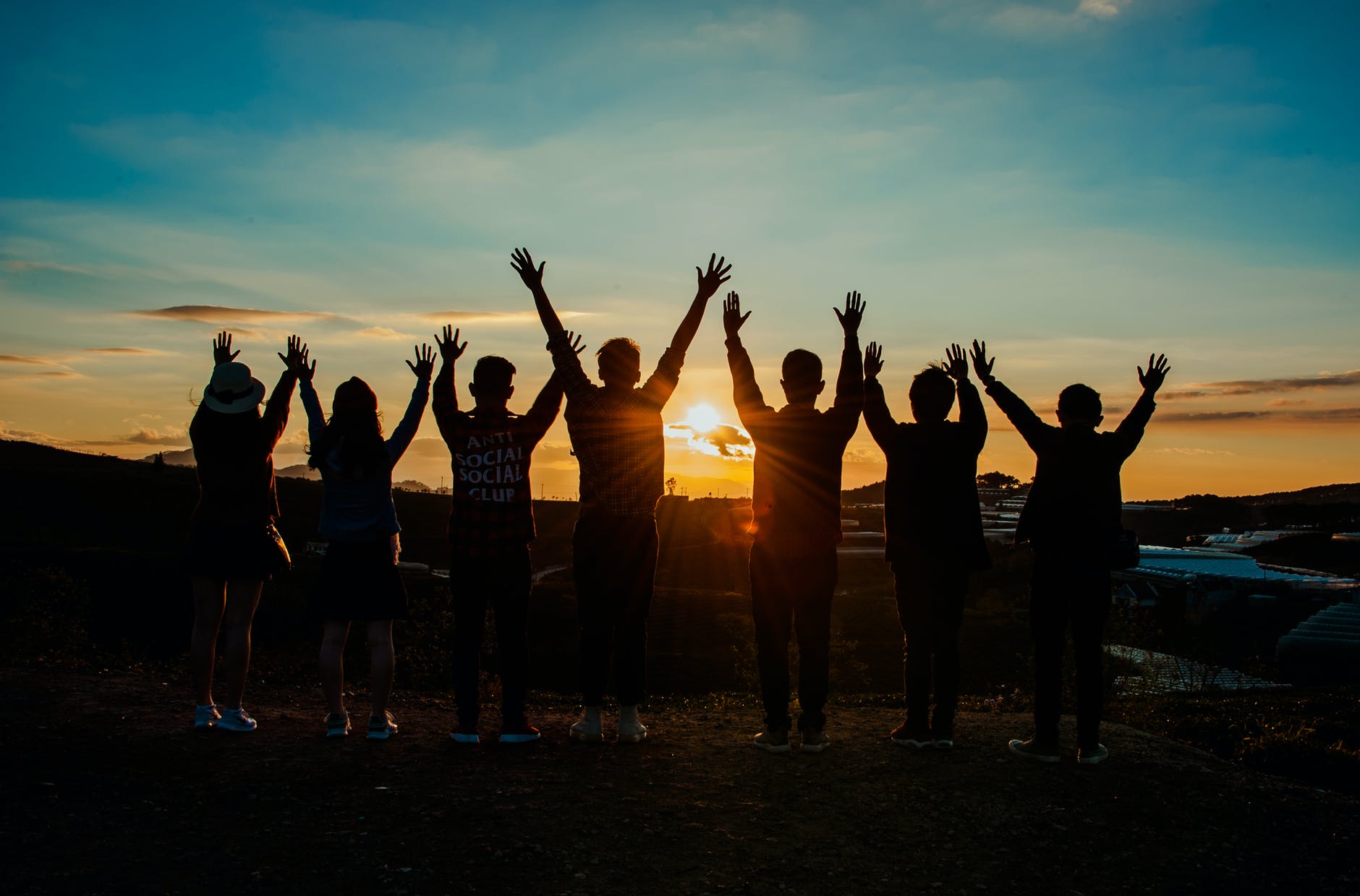 The Centers for Disease Control and Prevention indicate from 2007 to 2018, the rate of suicide for those aged ten to twenty-four increased by 60%; one in five suffer the consequences of mental illness; the US suicide rate has increased every year since 1999; the past two decades by 33%; deaths from drug overdoses have increased by almost 400% from 1999 to 2018.

There are signs of struggle all around us.

This could be the reason Pope Francis wrote his new encyclical, Fratelli Tutti (On the Fraternity and Social Friendship). Using the parable of the Good Samaritan, he discusses the power of relationships, and our lost sense we are all in this together.

“It is my desire that, in this our time, by acknowledging the dignity of each human person, we can contribute to the rebirth of a universal aspiration to fraternity.” (#6)

The hope the world might have learned lessons from the great world wars and other tragedies has been lost. “Ancient conflicts thought long buried are breaking out anew, while instances of a myopic, extremist, resentful and aggressive nationalism are on the rise. In some countries, a concept of popular and national unity influenced by various ideologies is creating new forms of selfishness and a loss of the social sense under the guise of defending national interests.” (#11) People are tempted “to spread despair and discouragement,” and “ridicule, suspicion and relentless criticism” creating “a permanent state of disagreement and confrontation.” (#15)

We no longer see ourselves as connected to each other but more and more part of a “throwaway world,” where “what is thrown away are not only food and dispensable objects, but often human beings themselves … [with] “human rights [that] are not equal for all.”

The pandemic has made these challenges more clear. Respect for others has disintegrated, communication is increasingly hostile, and we have more information, whether true or not, but no greater wisdom.

The story of the Good Samaritan challenges us all to recognize we flourish as individuals when all individuals flourish.

We now know “there are only two kinds of people: those who care for someone who is hurting and those who pass by; those who bend down to help and those who look the other way and hurry off.” (#70)

While the answer to a simple question “Who is my neighbor?” is everyone, too often we ignore those who compete with our selfish interests.

“We have had enough of immorality and the mockery of ethics, goodness, faith and honesty. It is time to acknowledge that light-hearted superficiality has done us no good. Once the foundations of social life are corroded, what ensues are battles over conflicting interests. Let us return to promoting the good, for ourselves and for the whole human family, and thus advance together towards an authentic and integral growth. Every society needs to ensure that values are passed on; otherwise, what is handed down are selfishness, violence, corruption in its various forms, indifference and, ultimately, a life closed to transcendence and entrenched in individual interests.” (#113)

Rather than turning inward, we must turn outward. Authentic community means service of the poorest and most vulnerable, setting “aside their own wishes and desires, their pursuit of power, before the concrete gaze of those who are most vulnerable… Service always looks to their faces, touches their flesh, senses their closeness and even, in some cases, ‘suffers’ that closeness and tries to help them. Service is never ideological, for we do not serve ideas, we serve people”. (#115)

All we have is has been given. “God gave the earth to the whole human race for the sustenance of all its members, without excluding or favoring anyone.” (Saint Pope John Paul II) Every human being (not just those in our country) possesses inalienable dignity, so all are brothers and sisters. Wealth is to be used to provide for human flourishing of all human beings everywhere.

People should see the beauty of their own culture and the cultures of others. By focusing only on our own culture it is difficult to understand the world around us.

Today’s rise of populism reflects only a concern for certain people. “Efforts are made to classify entire peoples, groups, societies and governments as “populist” or not. Nowadays it has become impossible for someone to express a view on any subject without being categorized one way or the other, either to be unfairly discredited or to be praised to the skies.” (#156)

Charity, “the heart of every healthy and open society” has been lost. (#184) The fundamental question is not “How can we all flourish as a people?” but rather “What can you do for me?”

The solution is a common sacrifice of love recognizing we are all in this together. “Each of us can learn something from others. No one is useless and no one is expendable.” (#215)

Kindness means to see a world built on truth seeking to unite, a forgiveness calling us to heal the broken bonds of our relationships and recognizing the rightful place of religion to bring about authentic emphasis on genuine relationships.

Not utopian or theoretical, this challenge calls us to end the death penalty, to confront climate change and to recall our worst moments (such as the Shoah) inviting healing and reconciliation. Ending with a prayer seeking God’s grace, this call to renewed relationships, is for everyone, not just Catholics.